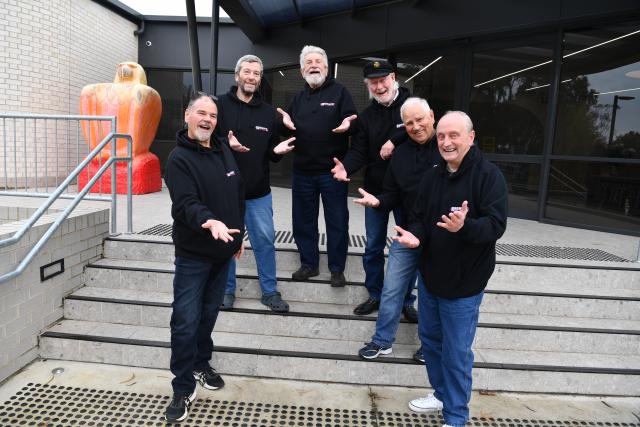 Harmonix Vocal Company is a group of unauditioned male singers who have formed in brotherhood to foster amongst themselves and their audiences the joy of singing. They aim to entertain by bringing music and song to their local community at local festivals, retirement villages/nursing homes, as well as to the broader community at events such as Australia Day at the Sidney Myer Music Bowl. Harmonix music style is very eclectic in so far as we delve into the golden oldies, songs from the do-wop era, rock and others from musicals, as well as modern pop songs such as those from the Jersey Boys, Beatles and Robbie Williams. Harmonix rehearse every Thursday evening from 6:30pm-9:00pm in a relaxed and welcoming environment, and enjoy the social aspect along with having a sing together.